Sawyer was given the middle name of Irvin. It was the name of my grandfather on my dad’s side. Irv was quirky and spent hours on the road selling neck ties while spending every other moment on the golf course. His priorities were ties and golf. His boys and his wife may have cracked the the top 3 but lumped together like his irons and woods in his golf bag.

When my father called me last week, he didn’t waste time letting me know that Irv’s widow, 93 years old, my grandmother had passed. If it sounds business like in delivery, it’s because it was. This was the end. 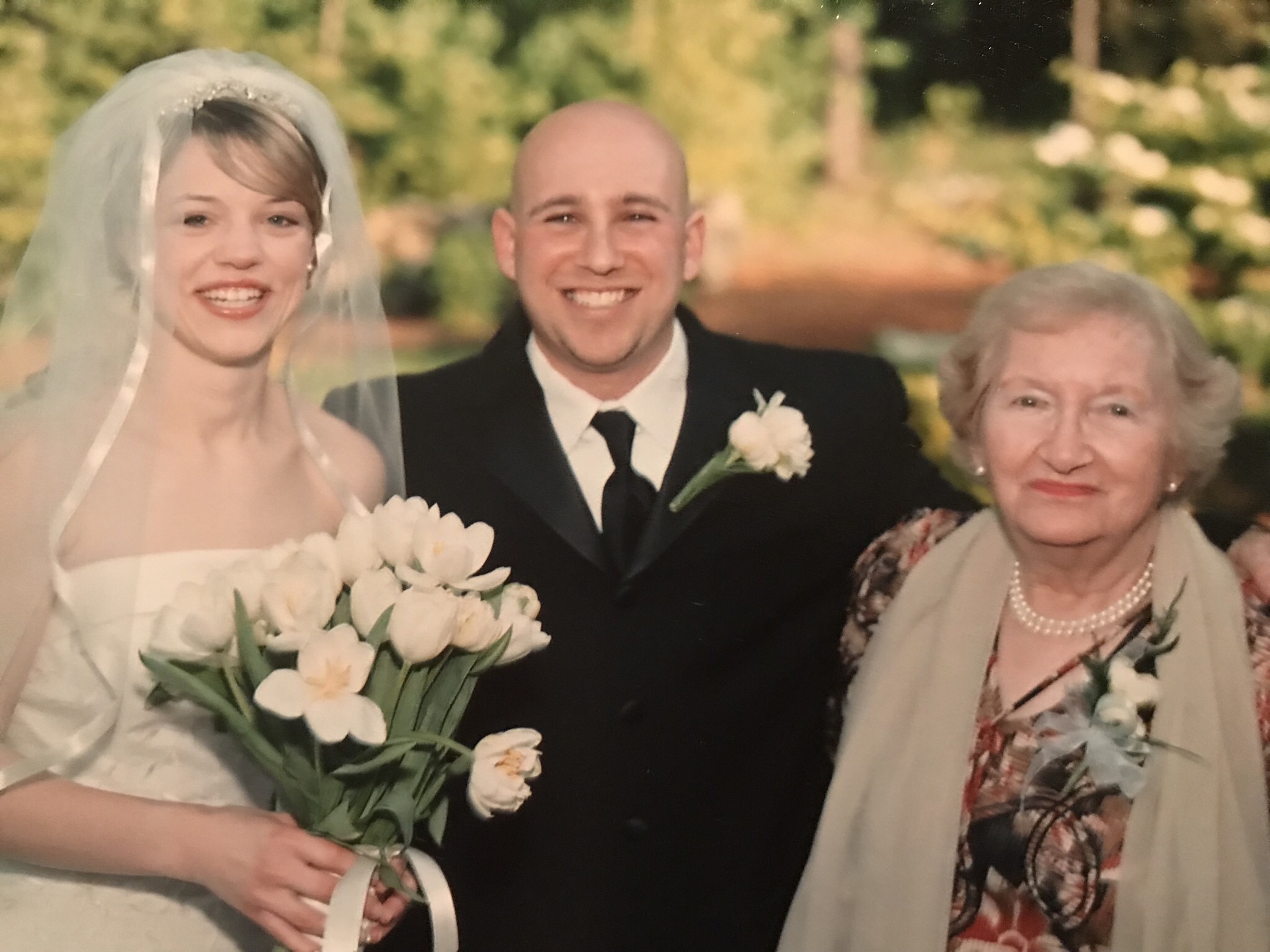 However, the end occurred years prior. Sawyer was only 2 years old in the midst of his pre-Autism diagnosis. He didn’t speak much, his walk was a wobble, and his interests were non existent.

This was my grandmothers only meeting with him. It only lasted a few days. She held him. She spoke to him. She smiled at him. She marveled at just what he was.

Looking back, the parallels meshed. My grandmother’s Dementia had just started. She started to just lose her self. She knew of us but began her journey into her own world. It was like she was passing Sawyer on a bridge as she was going one way, and he was going another. Both were in their own worlds but they were content in it.

My grandma had no recollection that I existed these last few years. The woman of strength and determination was here but in fact gone. It hurts. It makes me sad. I wish that it didn’t.

I have memories, I have pictures, I have my feelings. I don’t wish she had to be here just to be here. I do wish there was more opportunities for her to see Sawyer grow up along with my other two.

As I mourn her loss, all I can do is pass on what I know about her. That’s life. That’s love.

Sawyer may be in his own world at times but to honor those of the past, I will continue to celebrate what was. That’s what legacy is all about.